ARABESQUE is a well-rehearsed team of 7 people who are strategic and economical, on one hand, and playful, creative and innovative on the other. Strategists, consultants, creatives, and project managers, who bring a lot of experience for innovative and experience-oriented robotic solutions. A team that has implemented several hundreds of projects together. 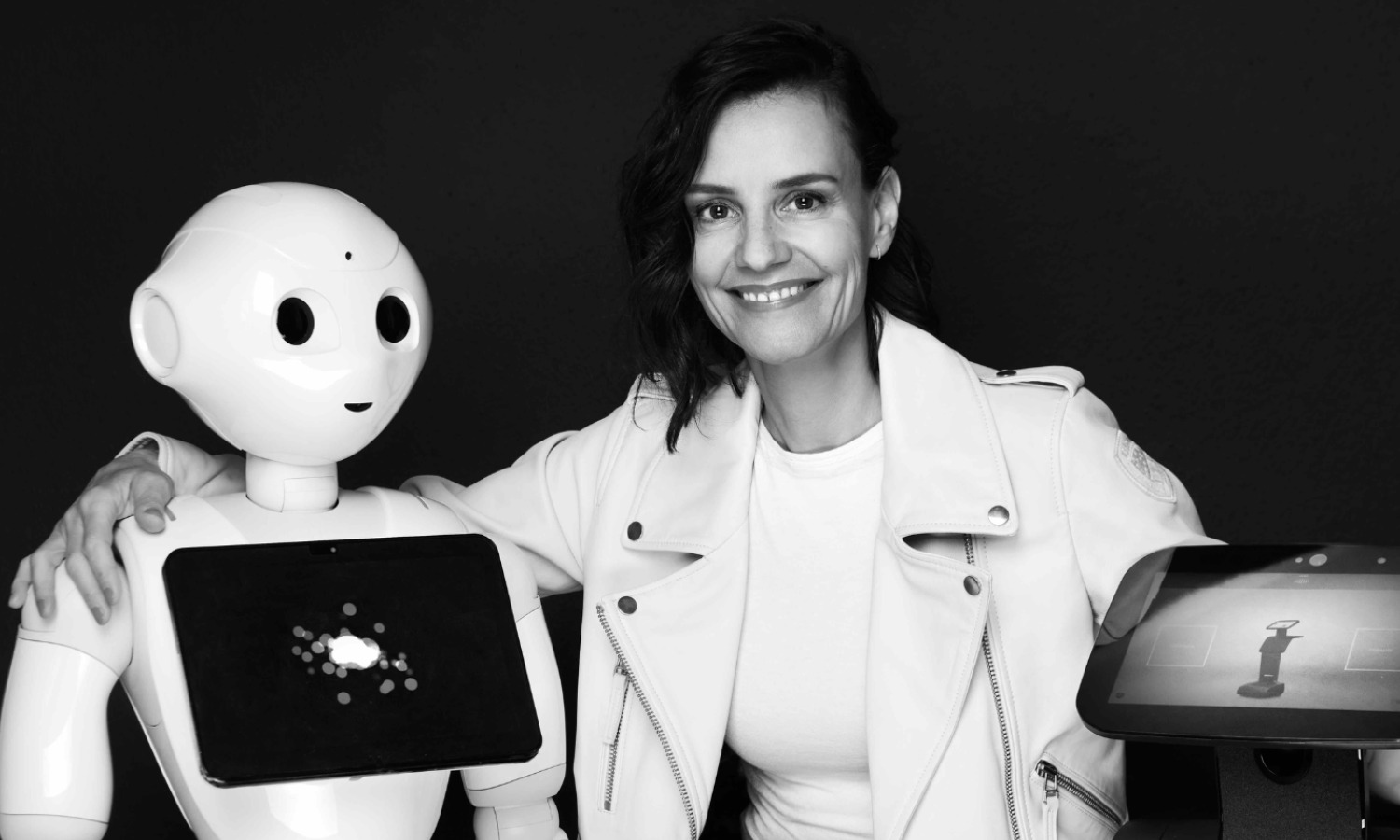 Sylvia has a broad background in robotics, communications, business and performing arts. Previously, she worked successfully in New York, Paris and London. 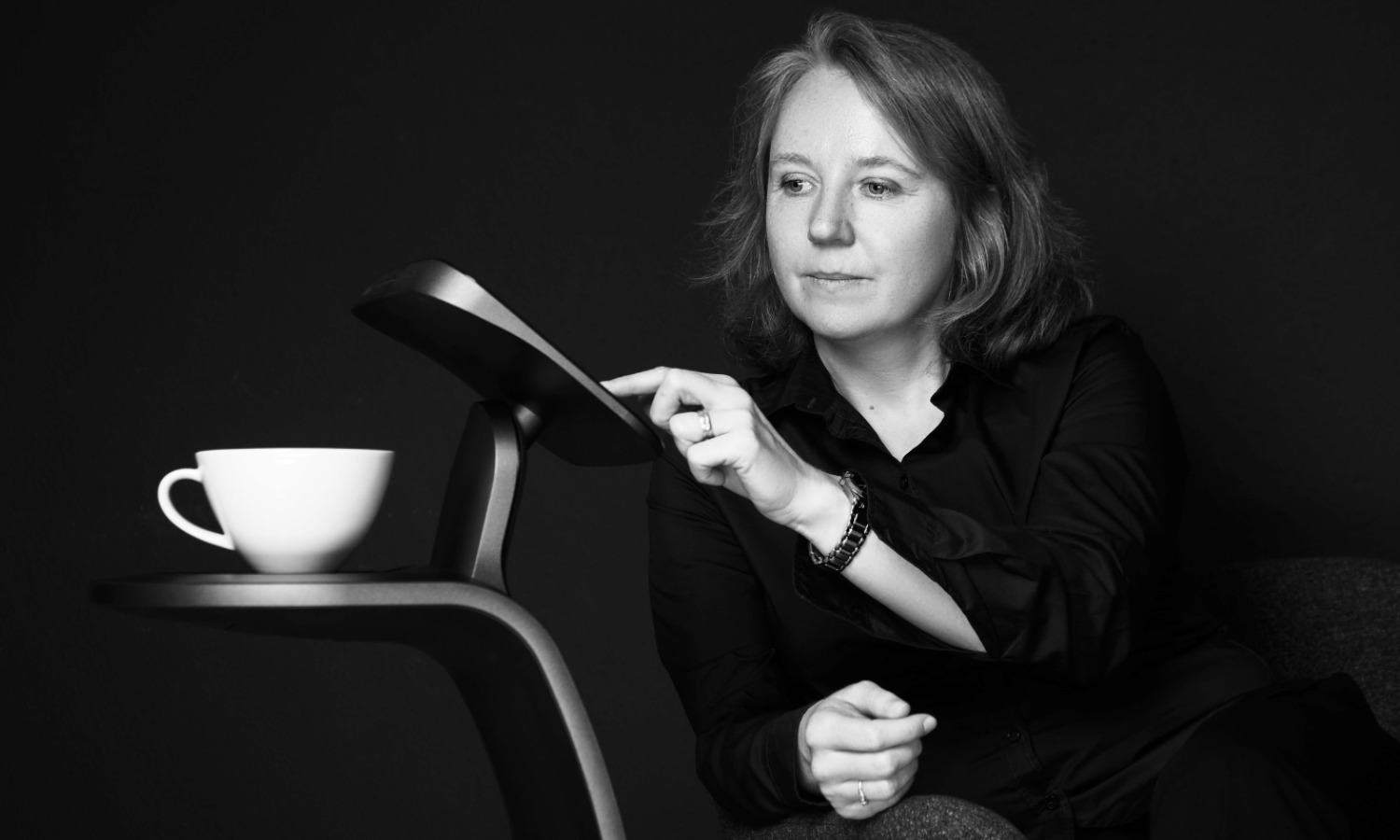 Sabine has many years of international project management and leadership experience in implementing digital transformations in various industries. 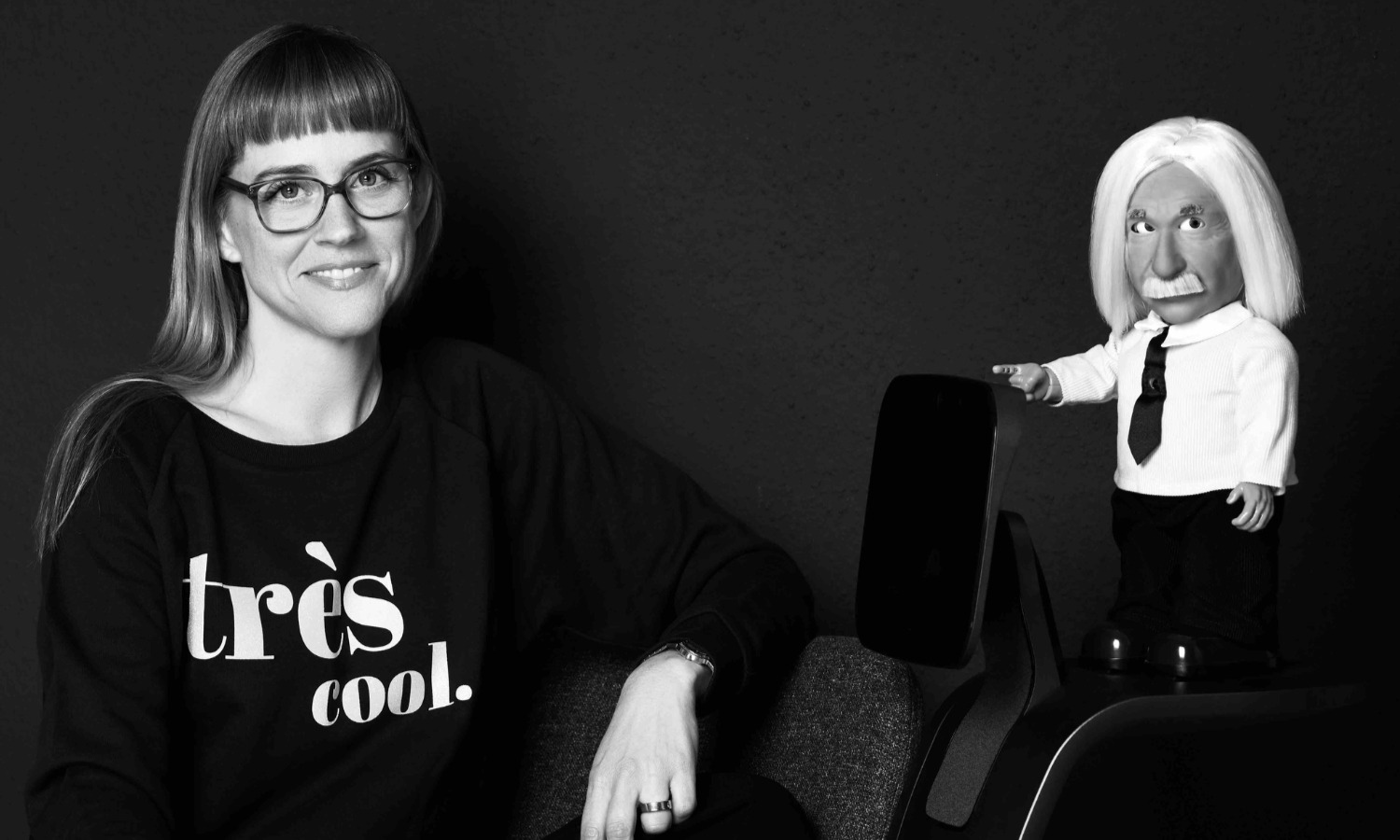 Sabine has years of experience managing projects for companies. She understands how to lead projects and bring them to a successful conclusion. She is also a very talented choreographer. 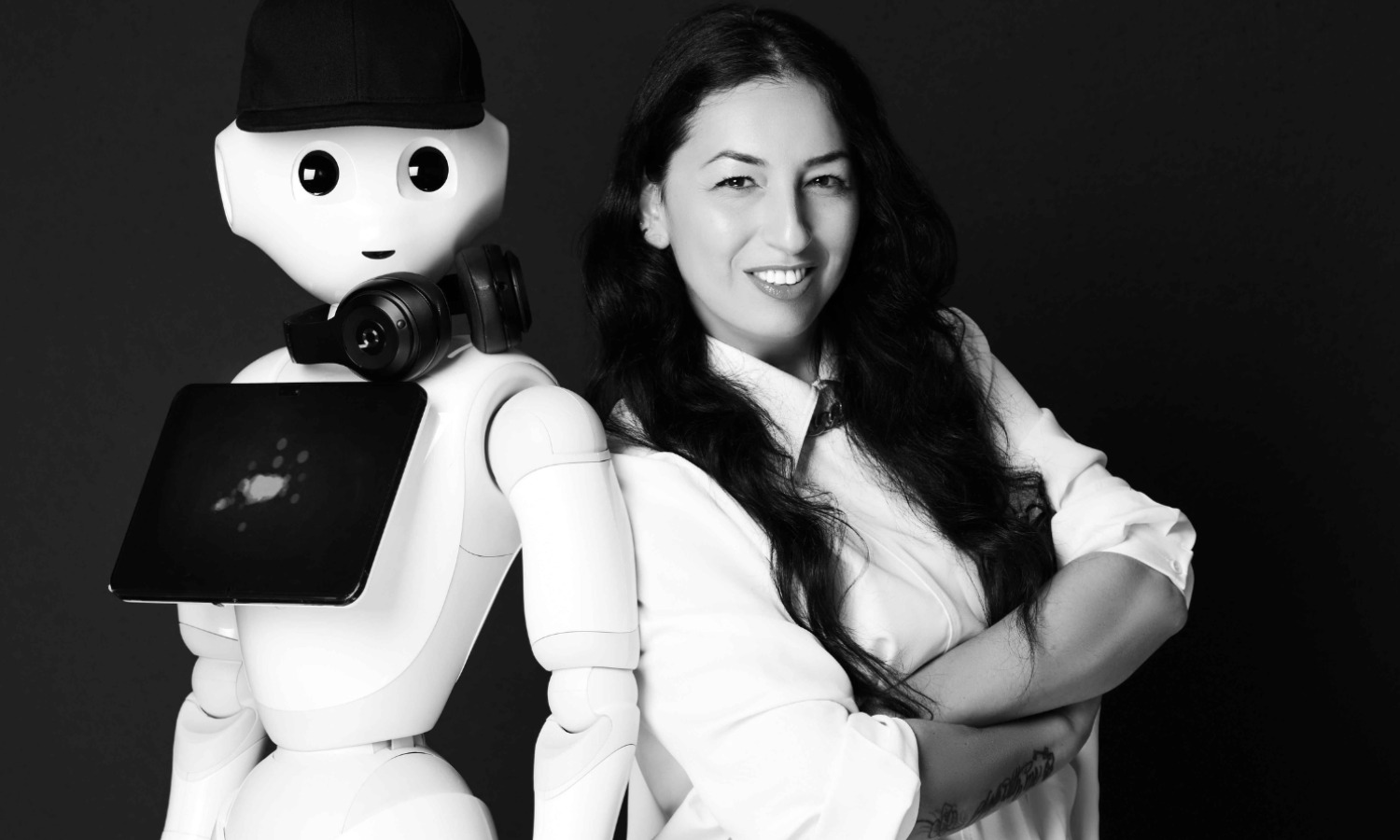 Staging is her great passion. Tiziana previously worked successfully in London and has used her talent as a creative director and choreographer in exciting projects, including with international artists such as Rihanna and Black Eyed Peas. 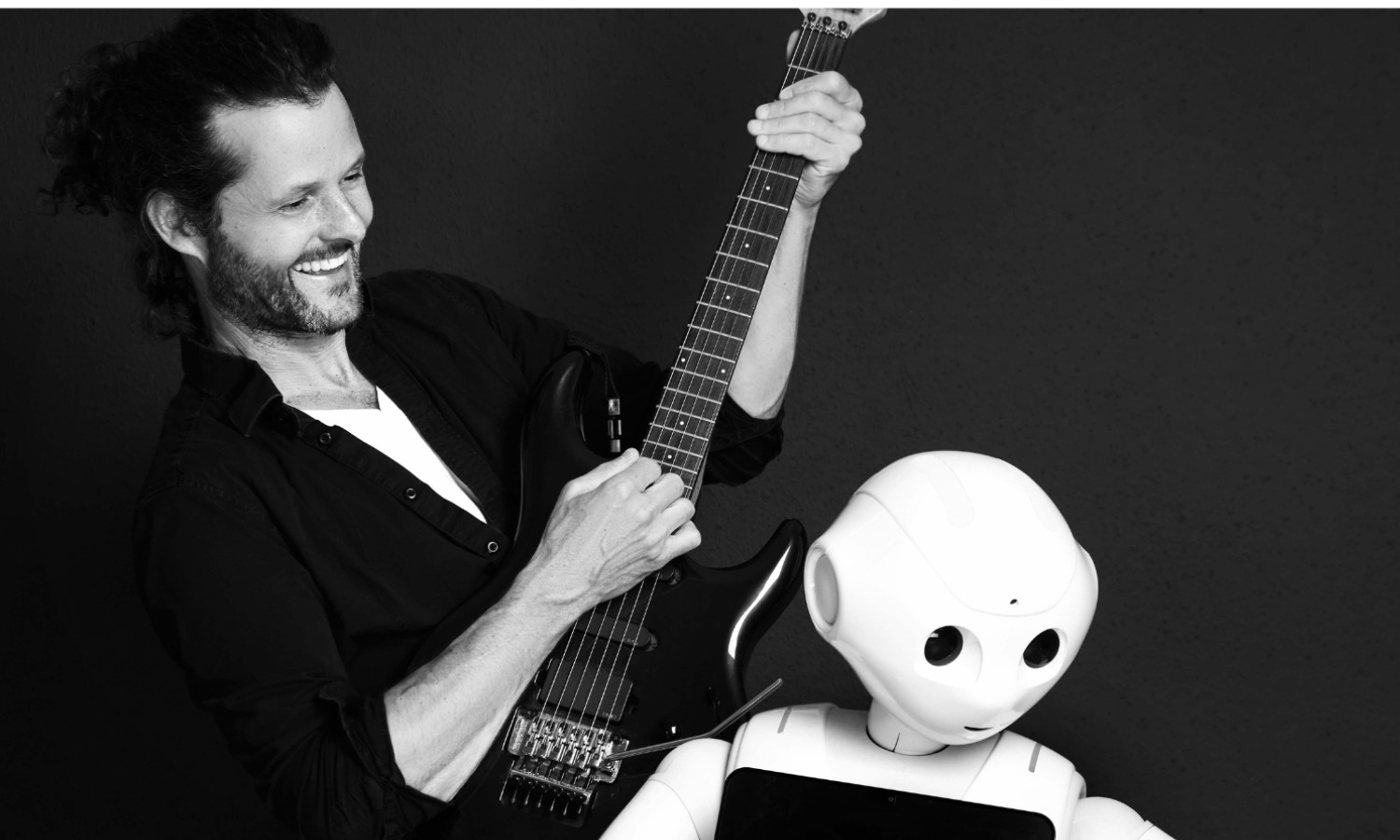 He produces and mixes exclusive sounds in the recording studio for corporate events, commercials and TV/radio. With individual sounds he emphasizes the uniqueness of companies and thus creates the appropriate recognition effect in corporate branding. Christian Riesen also produces for artists such as Lea Lu and DJ Tatana. 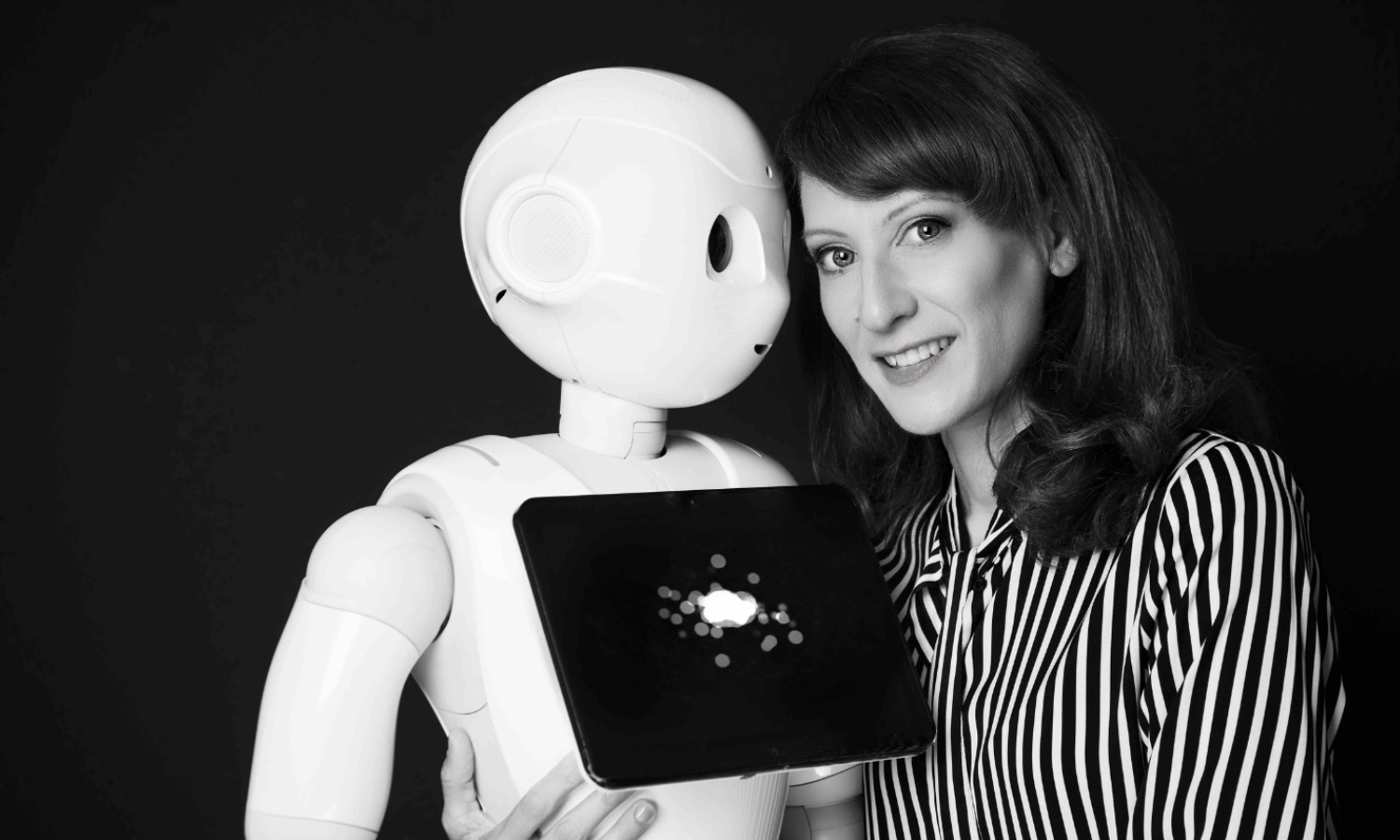 Camilla’s structured approach and wealth of experience shine through in hectic projects when she remains calm and pulls the strings. Thanks to her multicultural roots, she communicates eloquently and casually with people from all over the world. 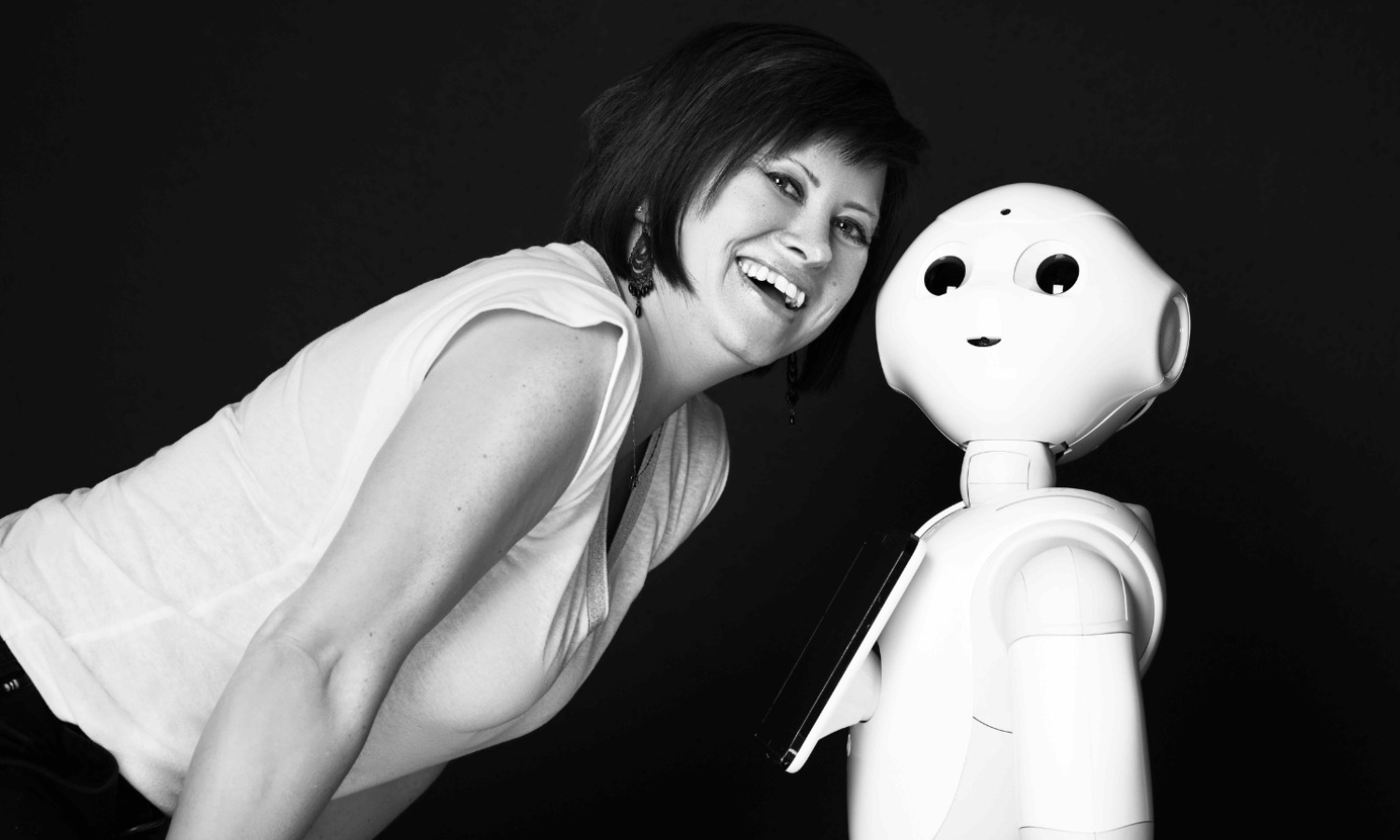 Jacqueline has many years of international experience as an executive assistant in various industries. She enjoys organizing, supporting and helping to implement projects. 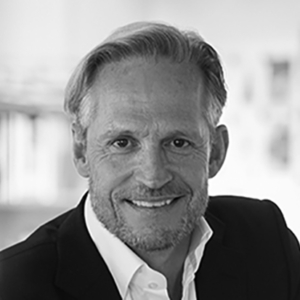 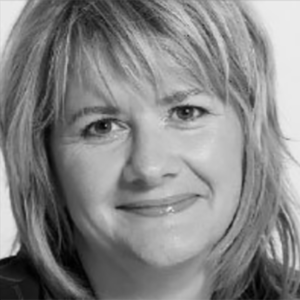 Dorothea is successful in the fields of education and consulting as well as a politician. Her work focuses on government agencies, foundations and associations. 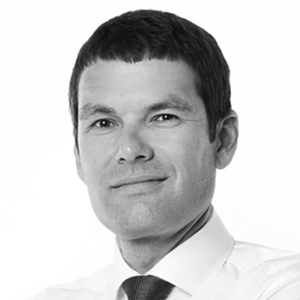 Holger has many years of diverse experience in consulting and research projects in the field of healthcare management in Switzerland.

We see ourselves as creators for a happy future.

ARABESQUE creates encounters that make customers, guests, and employees happy. Moments in which humans and robots meet, linger, and playfully dive into the future. Encounters that fascinate their customers. Places where your employees enjoy working, exchanging, playing, and learning. Areas where your visitors are happy and strengthened.

Focus on benefits and profitability.

ARABESQUE is specialized in future-oriented communication with robots. Our approach is based on people’s need for emotional encounters and experiences. We draw on our many years of experience with robots and our know-how in storytelling and staging. We meet the demands of our clients for innovation, future-oriented thinking, and profitability. To take all perspectives, we have developed a method and various tools that ask for needs, values, and target groups. This leads to your success and interactions that move your customers.

Arabesque Giving – A New Plan For People And Planet

The 17 Sustainable Development Goals (SDGs) are political targets set by the United Nations (UN) to ensure sustainable development at the economic, social and environmental levels worldwide. They came into force on January 1, 2016 with a term of 15 years (until 2030) and apply to all countries. We believe that by aligning with the global goals, every company will become better. Spread the word about the 17 global UN Sustainable Development Goals, you too.

Arabesque has joined B1G1 (Business For Good) and contributes to the goal no. 4 – quality education for underprivileged people in this world.

Which United Nations global goal aligns with your brand?

As an entrepreneur I see it as my responsibility to create more so I can contribute more as well. The 17 UN Goals for Sustainable Development provide an excellent framework for contribution to take on the challenges and opportunities we face as a generation.

We use cookies on our website to give you the most relevant experience by remembering your preferences and repeating visits. By clicking "Accept" you agree to the use of ALL cookies.
Read MoreAccept
Datenschutzrichtlinien

This website uses cookies to improve your experience while you navigate through the website. Out of these cookies, the cookies that are categorized as necessary are stored on your browser as they are essential for the working of basic functionalities of the website. We also use third-party cookies that help us analyze and understand how you use this website. These cookies will be stored in your browser only with your consent. You also have the option to opt-out of these cookies. But opting out of some of these cookies may have an effect on your browsing experience.
Necessary Always Enabled
Necessary cookies are absolutely essential for the website to function properly. This category only includes cookies that ensures basic functionalities and security features of the website. These cookies do not store any personal information.
Non-necessary
Any cookies that may not be particularly necessary for the website to function and is used specifically to collect user personal data via analytics, ads, other embedded contents are termed as non-necessary cookies. It is mandatory to procure user consent prior to running these cookies on your website.
SAVE & ACCEPT
Scroll to top